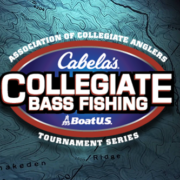 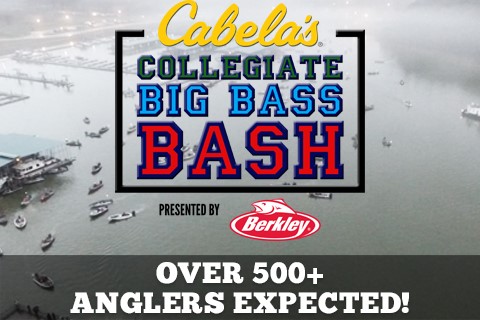 SAN ANTONIO, TX (March 9th, 2017) – Kentucky Lake, one of the most well know bass fisheries in the nation, will play to host over 500 college anglers this coming week.  Those anglers will be competing in the Association of Collegiate Anglers (ACA) – Cabela’s Collegiate Big Bass Bash presented by Berkley.   The anglers will be coming from all over the nation to represent their school bass fishing teams with hopes of catching big bass and winning one of the 80 plus prizes available at this week’s event.   The stacked field will feature 15 of the Top 20 ranked schools in the nation according to the Cabela’s School of the Year standings. Not only will this be the largest field of college anglers it’s also going to be a talented one.

“This is a great format that will reward collegiate anglers over $30,000 in prizes this weekend as well as play a pivotal role in determining the 2017 Cabela’s School of the Year,” said Wade Middleton, Director of the ACA. “This year’s field will feature some great anglers, top schools, and will be nationally televised on several networks while also having a lot of digital coverage to include live coverage during the fishing action.”

Prizes will be awarded for the ten heaviest bass weighed during each of the 8 sessions over two days of action. In addition, the winner of the Power-Pole Overall Big Bass of the event will be awarded nearly $5,000 in prizes in addition to the session prizes. Take-off and session weigh-ins will be held at Paris Landing State Park Marina.

When asked for predictions of what the biggest bass of the event would be, college anglers Ryan Lancaster of Murray State University, Benjamin Wall of Auburn University and Thomas Wall of Arkansas Tech, all said it would take a fish over eight pounds to take top honors at this year’s event.