NEW SMYRNA BEACH, Fla. – Cabela’s, the World’s Foremost Outfitter of hunting, fishing and outdoor gear, will once again be featured as title sponsor of the Inshore Fishing Association (IFA) Redfish Tour for 2016. The popular inshore circuit kicks off March 5 at Punta Gorda, Florida, and offers 200 percent payback at each event.

“We’ve partnered with Cabela’s from the very beginning and they’ve been instrumental in our success,” said IFA Marketing Director Bart Schad. “We’re thrilled to have them on board again in 2016 and look forward to another incredible year on tour.”

Headquartered in Sidney, Nebraska, Cabela’s is a leading specialty retailer, and the world’s largest direct marketer of hunting, fishing, camping and related outdoor merchandise. Since its founding in 1961, Cabela’s has grown to become one of the most well-known outdoor recreation brands in the world and has long been recognized as the World’s Foremost Outfitter.

“Cabela’s is thrilled to continue this great relationship with the Inshore Fishing Association,” said Jeremy Wonch, Cabela’s manager for partnerships and sponsorships. “The IFA folks who run these tournaments are dedicated professionals with a true passion for fishing and enjoying the great outdoors. They are our kind of people.” 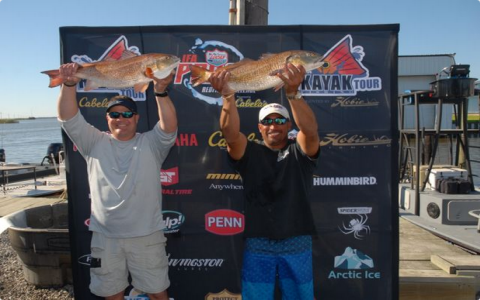 The IFA Redfish Tour kicks off on March 5 at Punta Gorda, Florida, and wraps up the regular season at Georgetown, South Carolina, on Sept. 24. A two-day tour championship will follow the regular-season finale (exact dates and location coming soon). Official registration for the 2016 season is already underway. The field size for each event will be limited to the first 100 boats that register.The IFA Redfish Tour Presented by Cabela’s offers two-angler teams the opportunity to compete in five different divisions, each featuring a two-event regular season. Low entry fees for the one-day, regular-season tournaments allow anglers to fish close to home and minimize expenses, while still being a part of a premier inshore, catch-and-release redfish tournament organization. A fully-rigged Ranger boat-motor-trailer package is guaranteed for first place at each regular season event. Also, for an additional $250, anglers can sign up for the Angler’s Advantage program, which allows participants to compete in an even higher payout bracket.

Teams fishing any two of the IFA’s 10 regular-season events are automatically qualified for the entry-fee championship event, pitting qualifiers from each of the five divisions for lucrative payouts and prize packages, as well as a shot at the coveted Cabela’s Overall Team of the Year Award for the five regular-season division winners.

For more information or to become a member of the IFA, visit www.ifatours.com

Geocaching with GPSMAP64st
Scroll to top