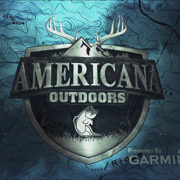 NEW SMYRNA BEACH, FL – Rene Lopez, of Port Aransas, Texas,, measured a combined limit of 53 inches to win the first regular-season event for the Texas Division of the IFA Kayak Fishing Tour presented by Hobie Fishing on April 3 at Port Aransas, Texas. The angler won a total of $2,550, including a $250 Power-Pole gift certificate for his first-place finish.

Lopez managed to turn bad luck into an IFA Kayak Tour win at Port Aransas. The plan to fish both the IFA Redfish and Kayak events was sidetracked by boat issues. Lopez made the most of his day with a late pre-fishing trip to prep for Sunday’s kayak competition.

“Originally I was supposed to fish on Saturday and Sunday,” said Lopez. “I couldn’t compete because I was having boat problems early in the day. Thankfully, I managed to fix it and I used the rest of the day to scout out for Sunday.”

Lopez reported good conditions with a west wind during the 6.3-mile trip. The angler concentrated on flats with a top-water bait in the morning along with Berkley Gulp! Jerkshad and clear minnows later in the day.

“I traveled three miles one way to get on the reds,” said Lopez. “I knew where they were and went for it.

Lopez’s final redfish measured 34 inches and his trout measured 19 inches. The angler was happy about turning a potentially bad weekend into a victory and said the IFA experience was exceptional.

“It is a pretty neat accomplishment to win out of 54 anglers, especially in my home town of Port Aransas,” said Lopez. “The IFA is a very well run tournament. I love how it is set up for every type of angler.”

David Norris, of Corpus Christi, Texas, added another top-five finish to his five-year IFA Kayak Tour total. The angler measured a combined 49.50 inches to take third place. The angler fished in the Corpus Christi and Ingleside areas by jigging a shad for trout and throwing a gold spoon for redfish. Norris won $533 for his limit.

The next stop for the IFA Kayak Tour is May 1 at Georgetown, South Carolina. Anglers who enter a minimum of two events and compete in at least one event will be qualified for the 2016 IFA Kayak Tour championship.

For more information or to become a member of the IFA, visit www.ifatours.com. To discover more about kayaking and Hobie Fishing go to www.hobiefishing.com.