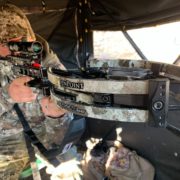 Mogadore, OH — TenPoint Crossbow Technologies NEW Vengent S440 is the fastest and narrowest forward draw crossbow ever, delivering lightning speeds up to 440 FPS and features the NEW revolutionary ACUslide™ cocking and de-cocking system. The ultra-fast crossbow is also our narrowest ever, measuring an incredible 5.8-inches wide, and weighs a half-pound less than previous TenPoint flagship models.

“We have always committed ourselves to building the best crossbows on the market and, while de-cocking is not a new concept to the crossbow market, the silent ACUslide is the first safe option to de-cock a crossbow with a crank,” said Rick Bednar, TenPoint CEO.

The Vengent S440 features the company’s NEW S1™ trigger. This 2-stage, zero-creep design features an advanced roller-sear system that delivers a consistent crisp, 3.5-pound pull. The trigger is equipped with a DFI™ (Dry-Fire-Inhibitor) and is fitted with a nylon-filament arrow retention brush that improves arrow grip and alignment to reduce noise and vibration. An integrated string stop system is also included to further reduce noise and vibration.

The crossbow has a NEW 20-inch -MICRO-TRAC™ fluted aluminum barrel which reduces the flight deck surface by an incredible 50%. The minimal string-to-barrel contact increases accuracy and provides the longest string life in the industry.

The barrel is fastened to the NEW ultra-light, two-piece TECH-X™ stock that features multiple weight reducing cutouts, as well as a hollow pocket that houses the ACUslide cocking and de-cocking system. The stock provides the shooter with ideal length of pull and combines with the RangeMaster® Pro Scope to yield perfect eye-level alignment.

Fully assembled, the crossbow measures only 5.8-inches wide and 35-inches (w/o stirrup) long and shoots up to a supercharged 440 feet-per-second. 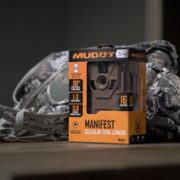 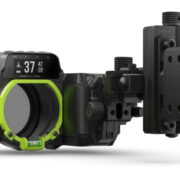 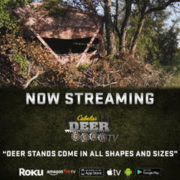 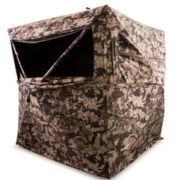 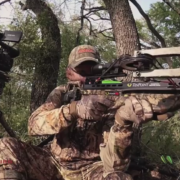 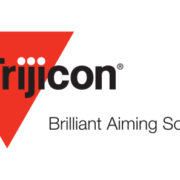